The campaign aims to increase Holocaust education, promote global tolerance, and stop genocides that are occurring today around the world. The Never Again Campaign will bring speakers, host workshops, and offer resources to spread awareness about these issues on the Northwestern campus. Similarly, we hope to convince other universities to adopt our goals. Recently, Northwestern engineering Professor, Arthur Butz, denied the Holocaust and congratulated the President of Iran on becoming the first modern head of state to deny the Holocaust.

In response, students and faculty have come together to express their outrage and disappointment that a Northwestern professor made such an offensive and historically inaccurate declaration. Their goal? To get Northwestern, as a private institution, to stop letting Butz use its public website to spread his lies, because doing so associates the name of the University with his denial, and to take actions to repudiate his Holocaust denial and to marginalize him, given the black eye he's given the institution.

As I said yesterday, freedom of speech is easy to value and honor when the speech isn't offensive. It becomes much more difficult to do when it is something as despicable and hateful as Holocaust denial. Indeed, defending free speech often means defending scum like Irving and Butz. However, it is not necessary to throw Butz, or any other Holocaust denier in jail to combat their lies. The way to combat his lies, or those of David Irving, or any other Holocaust denier is for opposing voices to make their displeasure known and to shine the light of truth on their lies. Once the technical problems have been fixed hopefully tomorrow , I will repost this over there.

I wondered if this blog would have any further use, and unfortunately I found out sooner than I expected that it would.

After all the waiting, it's finally here. David Irving is going to stand trial for Holocaust denial in Austria today.

Those of you who have read my old blog a while know what a despicable human being I consider David Irving to be. He's spent decades in essence falsifying history, denying that there were gas chambers at Auschwitz, that the the Nazis had a plan to systematically exterminate European Jewry. And, his pretentions otherwise notwithstanding, he is no champion of free speech. Indeed, when the historian Deborah Lipstadt referred to him as a Holocaust denier in a book, he waited until her book was released in Britain, which has the most plaintiff-friendly libel laws in Europe or the U.

He lost and was humiliated.

The final judgment found that Irving was indeed a Holocaust denier. I do have to admit to feeling a fair amount of schadenfreude when Irving was arrested in Austria last November. Irving knew damned well that there was a warrant for his arrest for denying the Holocaust in a speech he gave in He even worried about it on his own website and took precautions before he left, such as leaving behind 60 signed blank checks and bringing eight shirts, even though he was only supposed to be in Austria for two days.

He knew what he was doing and what risk he was taking. Still, as an advocate of free speech, I found and still find the entire affair very troubling. Yes, Irving's views are odious. Yes, he has spent decades promoting Holocaust denial. Yes, in recent years he has associated with some really scary people on the far right. Yes, in the three speeches he gave in Austria, he told an audience in Leoben that Kristallnacht was carried out by "unknowns" dressed up as members of the SA; that Anne Frank could not have written her diary herself because the Biro wasn't invented until ; and that Hitler never gave an order to exterminate the Jews.

He cited research by the discredited Fred Leuchter claiming that the Auschwitz gas chambers couldn't have been used to gas Jews because he couldn't find cyanide residues in the bricks. Yes, he asserted that "Auschwitz is a legend, just like the Turin Shroud" and that "the existence of witnesses proves that there was no mass extermination," among numerous other statements clearly denying the Holocaust.

Sharing what inspires me as a designer, writer, photographer & human being.

Imprisoning him achieves nothing other than raising his stature and letting him plausibly don the mantle of free speech martyr. All it does is lead him to make such ludicrious "recantations" that he now believes there were gas chambers at Auschwitz: His conversion, according to Irving, came in after his discovery of two documents - a discovery he kept to himself until recently.

One was a radio message sent to Adolf Eichmann in , reporting that during the previous 12 months more than a million people had died in Treblinka, Sobibor and Belzec concentration camps. Odd that he never mentioned this before, even though he supposedly discovered it 13 years ago and especially since, as recently as , he was still denying that there were gas chambers at Auschwitz. No one can see his sudden "conversion" as anything other than a transparent attempt to obtain leniency. 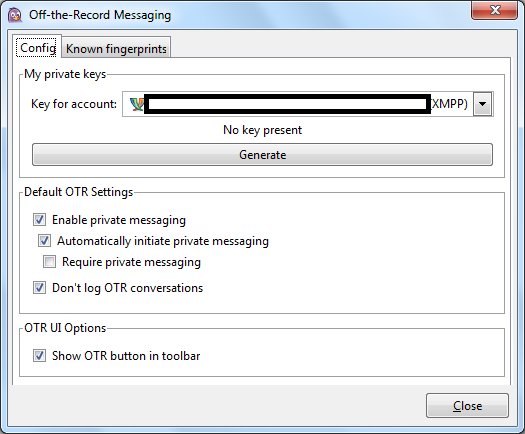 If he is imprisoned for a harsh sentence and the penalty for Holocaust denial in Austria can be as long as 20 years , he becomes a martyr. If he is released with time served, he will likely return to Britain and renounce his recantation. By arresting him and vowing to try him, Austria has placed itself in a no-win situation.

Of course, not all see it this way. Indeed, in The New Statesman was published an impassioned defense of jailing Irving and keeping him there, written by Roger Boyes. Too bad it's full of logical fallacies and poor reasoning typical of the arguments for suppressing free speech: Even so, a courtroom is as close as most Holocaust deniers come to heaven. A captive audience, those chilly metallic blondes from CNN, the right to rant. Judging by his website, Irving is relishing his moment in the spotlight: even a lost court case represents a triumph of publicity for his malign deceptions on Hitler and his crimes.

Hitler used his stint in jail to write Mein Kampf; for Irving, too, imprisonment is a kind of state-financed sabbatical. Advocates of the absolute right to free speech say that Irving's obvious enthusiasm for courtroom confrontation is a powerful argument for letting him go. Take away the courtroom and you take away his theatrical props. Ignore him, and the netherworld of Irving and the unsavoury club of Holocaust deniers withers away, killed by our oppressive tolerance.

He may be - no, he is - hopelessly and deliberately wrong but he has the right to proclaim his crazy views, just as we have the right to plug our ears with cotton wool. Geez, talk about the fallacy of the excluded middle a. We either have to jail Irving or ignore him? Are there no other options, such as, for example, speaking out against his lies and countering his lies and distortions with facts?

RAW: Russian jets take off on anti-terror sorties in Syria

And so what if Irving is "relishing the spotlight"? There wouldn't be any spotlight for Irving to relish if Austria hadn't arrested Irving in the first place. There wouldn't be a media circus with 50 television crews and the need for riot police to prevent protests by neo-Nazis.

The rest of the piece appears to consist of an argument that we must respect the "word" whatever that means and that the interests of Irving and other Holocaust deniers are are "merging with those of the anti-Semitic ideologists of Arab nationalism and Iranian theocratic rule. That's not an argument to put him in jail for his speech, nor is it an argument to revoke the passport of the vile neo-Nazi Horst Mahler to prevent him from traveling to Iran, something Boyes refers to as "wise. It's not as though Irving would gain respectability by going to Iran's conference to question the authenticity of the Holocaust or that he in his disgrace after the Lipstadt trial could lend respectability to this farce of a conference.

Nonetheless Boyes concludes: We are not making Irving into a martyr by jailing him. We or the Austrians on our behalf are making the world a little bit safer - and defining the limits of tolerance. I propose a counterexample. I'd ask Boyes a question, given that he points out that the Irving case should reveal the "limits of tolerance. Let's take an example from the good old U. She provides red meat rhetoric for extremists.

Indeed, she uses eliminationist rhetoric, as David Neiwert of Orcinus has pointed out time and time again. She most recently gave a major speech where she referred to Muslims as "ragheads" who need to "face consequences" if they "talk tough" and joked about killing Bill Clinton. Her speech was so foul that even Michelle Malkin who, as you may recall, is best known for writing a book defending the mass internment of Japanese-Americans during World War II felt obligated to offer up a rather tepid criticism of Coulter while dismissing her remarks as Ann just "going for a cheap laugh".

Should Ann Coulter, as vile as much of what she says is, be thrown in jail for "hate speech"? My guess is that Boyes would probably say "yes. Our freedom depends on free speech, and one price for that freedom is tolerating offensive speech from people we don't like, no matter how much our dislike of them, what they say, and what they stand for might tempt us just to throw them in jail.

If anyone sees this My new ScienceBlogs blog is screwed up. Movable Type won't let me publish or rebuild the blog. It lets me get into the control panel and even lets me see my posts and your comments, but despite their showing up as "published," they do not show up on the blog.

Our group split into two groups - eight people went to construction , and six people were teaching. One would think that one year of preparation vs a regime that barely had 40 years to settle in would be enough. Obama is way smarter than that; so am I. Oh by the way , the most common question we got from the Brazilians on board there were no other non - brazilians on the cruise , even though there were at least passengers , was " what are you doing here? They are comical performers, stereotypically characterized by the image of the Circus clown, with coloured wigs, strong makeup, unconventional costumes, unusually large footwear, red nose They tell jokes, do some silly things that many times require strong physical disposition and many hours of training.

Attempts to rebuild the blog time out, as do any attempts to republish the posts and comments in question. Consequently I can't post, and your comments aren't showing up. I'm starting to miss Blogger. I'll post another announcement when things are working again. Well, it's finally come. Today is the day to say goodbye. No, not goodbye to you, my readers, but goodbye to Blogspot and this Blogger blog. In a way, this is a bit bittersweet, but then over the weekend an altie comment spammer unleashed the worst spam attack Respectful Insolence has ever weathered, necessitating my deleting a whole slew of comment spam.

It's time to go. Presently, it's set to redirect traffic to this blog. Later today, I will reset it to redirect to my new location. There is a link to my new RSS feed on the new blog. Please update your bookmarks.

To bloggers out there who are kind enough to have me on their blogroll, I'd really appreciate it if you would update your blogroll link to the new URL above. This blog will remain as an archive site for my old posts and as a place to put the occasional post that doesn't fit in with my new blog. Orac from Blogspot is dead! Long live Orac at ScienceBlogs!